The 3 Greatest Moments in Glove History

Have you ever wondered what makes gloves so great? Do you sometimes find yourself contemplating the history of gloves and what has helped bring them to the point they’re at today? If you’re thinking of trying promotional logo work gloves for your company’s advertising, do you ever stop to think about what has happened in the history of gloves to make this possible? This may not be a topic that has ever crossed your mind before, but whether or not it has, there’s a lot of interesting information to be had when you start exploring the world of glove-related history.

One of the earliest uses of gloves was the gauntlet, and this is also generally considered one of the most interesting types of gloves out there. The glove didn’t begin as a gauntlet, but since this invention came about in the early Middle Ages, it’s been around as part of the glove world for a long time. Gauntlets were developed based on early types of gloves and were worn into battle to protect the hands, fingers, and forearms from injury. Sometimes they were also worn as part of decorative or formal ceremonies, but this was less common and usually related to battles as well.

Gauntlets were made of metal and designed to cover as much of the hand and forearm as possible while still allowing for enough dexterity to hold and operate a sword, a horse’s reigns, and other important items in the world of Middle Ages battles. The technology developed for the creation of these gloves was significant, and gauntlets were eventually made of interlocking metal pieces that allowed for a surprising level of movement and freedom when wearing them. These were gloves with a purpose, and the gauntlet continued to develop over the following centuries as an important part of battle gear and armor around the world.

Ladies’ gloves became popular in the 13th century and carried over significantly into the Elizabethan era. During the Middle Ages, when gauntlets where frequently used, gloves for personal adornment were seen as a sign of worldliness and vanity, both of which were frowned upon, especially by the church. However, as years passed, gloves came back into fashion and were even worn regularly by both men and women of the nobility. Even lesser but still important members of society incorporated gloves into their personal dress, and gloves started to be made of more elaborate materials and fabrics—especially silk. Since Queen Elizabeth I was very interested in wearing bejeweled gloves for personal adornment, European ladies soon picked up this habit as well.

Queen Elizabeth I also paved the way for more leather-based gloves, particularly because she was fond of wearing gloves that could be scented with perfumes. And from this point onward, elaborate gloves became a standard part of European high-society clothing. At the same time, the church accepted gloves as a piece of clothing that should be worn by members of the clergy, which showed a significant change in the mindset surrounding the wearing of gloves in the Middle Ages. The more ladies’ gloves became fashionable, the more popular gloves became in general, making this an important part of the history of gloves.

As the history of gloves progressed, commercial and industrial custom work gloves stared to come on the scene. Gloves slowly but surely fell out of fashion as something that was considered stylish and started to be used for more necessary purposes. Although some people do still wear gloves for adornment and fashion purposes today, it’s a lot less common to encounter someone wearing formal elbow-length evening gloves than it is to see someone wearing a pair of leather work gloves or thick warm winter gloves. And of course, most gloves aren’t covered in jewels or scented with perfume anymore, either—in fact, the majority of gloves sold are simply black or brown!

The popularity of commercial and industrial gloves paved the way for promotional gloves like the ones you are interested in using for your company. Without this important change in glove history, there would hardly be a need for the types of gloves you regularly use in your line of work—or even if there was a need, these gloves wouldn’t be so readily available. Throughout the centuries, it became more and more common for them to be used for protecting the hands from damage and injury in the workplace, and now, they are an important requirement of most safety gear.

Another important development in personalized gloves was the sports glove. Certain types of gloves used for sports date back centuries themselves, and this was one of the early ways gloves were used for something other than personal adornment and fashion. Some people even consider gauntlets an early form of sports gloves, although this is a little bit of a misnomer. However, leather baseball gloves, canvas sports gloves and more have been around for a long time and have been an important and significant player in the world of glove history.

As sports change and develop through the years, so too do the gloves used to play them. The designs and styles of sports gloves on the market have been significantly altered since their early forms, and the way in which these gloves are produced has changed, too. However, they do still serve more or less the same purpose: to protect the hands (and sometimes the arms) from damage related to the particular type of sport in question, and to make it easier to catch, throw, and perform other physical actions related to the type of sport being played. The adaptation of gloves for sport was an important moment in the world of glove history.

There’s more to glove history than just these four important developments, but this can help you get a good understanding for just where gloves have come from and what brought them to their current modern iteration. These three crucial moments in glove history have all played a part in bringing promotional gloves to you and in giving you the ability to advertise this way for your company or service. Even if you’ve never really stopped to think about the history of gloves before, there’s a lot of interesting and fun info to find when you go exploring for more. 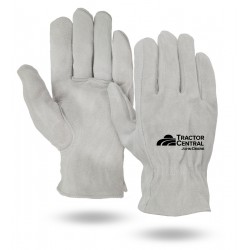 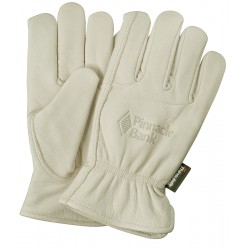 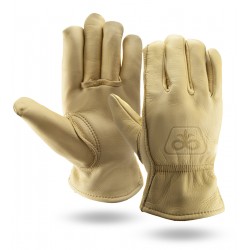 27 Nov 0 1602
The Ultimate Guide to Picking and Using Promotional Gloves
Choosing the right promotional gloves can be challenging, but it does not have to be. When it comes to picking the right logo work gloves to get any job done, there is a simple step-by-step guide you ..
Read More

27 Nov 0 1407
Different Types of Decorating on Promotional Gloves
Promotional work gloves can be an excellent way to get the word out about the company you own or the organization you are involved with. However, if you are not sure about the right type of promotiona..
Read More

27 Nov 0 3436
How to Clean and Take Care of Work Gloves
Work gloves are an important part of just about anyone’s life. Even if you do not regularly participate in construction projects, you probably have a pair of work gloves at home for situations that mi..
Read More

27 Nov 0 2479
The Top 10 Hand Models and How to Become One
Have you ever thought about becoming a hand model? Did you even know hand models existed? While you might not have ever realized it before, there are actually quite a few people in the world of advert..
Read More

27 Nov 0 1573
The Complete History of Gloves
Have you ever wondered where gloves come from? Have you ever stopped to think about the history of gloves? Gloves as we know them today have come a long way from their humble beginnings, but you might..
Read More 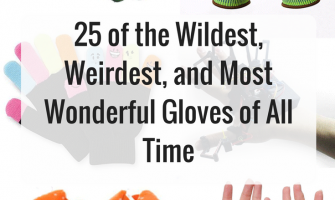 27 Nov 0 2656
25 of the Wildest, Weirdest, and Most Wonderful Gloves of All Time
You are probably aware that custom work gloves come in many different varieties to suit a lot of different needs, and you have probably familiarized yourself with some of the most common materials and..
Read More
Free Shipping On All Orders! *
#1 Pick Your Gloves
Search through our large selection of gloves and pick out your perfect promotional glove.
#2 Add Your Logo
Then, simply send us your logo and/or text and we will create a virtual proof for you to review.
#3 View & Approve Proof
You will receive a virtual PDF proof of your glove with your artwork for you to approve or request changes.
#4 Gloves Shipped to You!
Once you approve your proof we then add your gloves in our production line and ship the completed gloves to you!